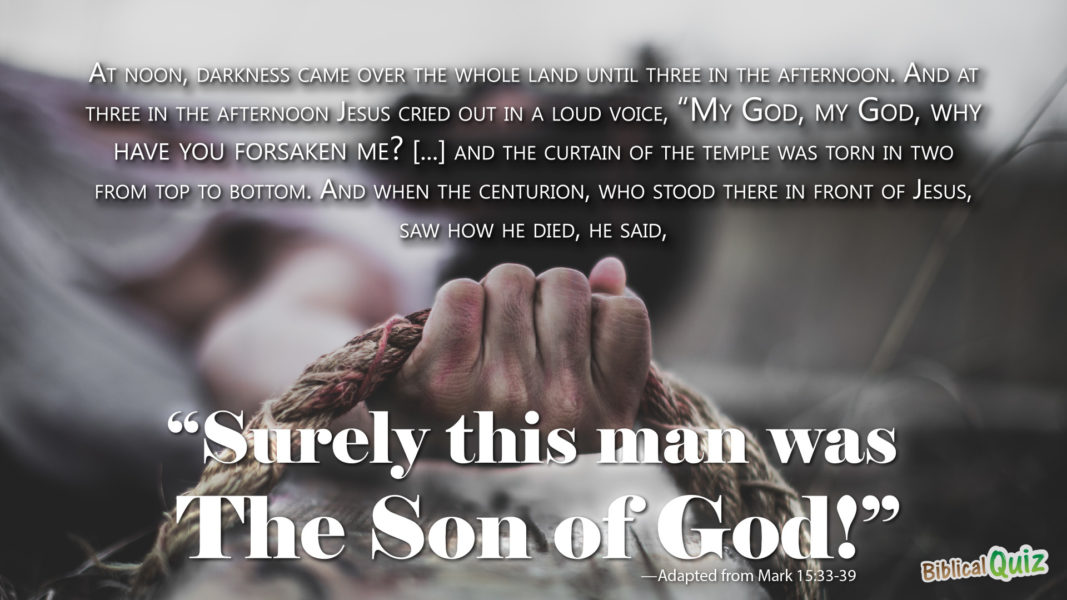 “And when the sixth hour was come, there was darkness over the whole land until the ninth hour.

And at the ninth hour Jesus cried with a loud voice, saying, Eloi, Eloi, lama sabachthani? which is, being interpreted, My God, my God, why hast thou forsaken me?

And some of them that stood by, when they heard it, said, Behold, he calleth Elias.

And one ran and filled a spunge full of vinegar, and put it on a reed, and gave him to drink, saying, Let alone; let us see whether Elias will come to take him down.

And Jesus cried with a loud voice, and gave up the ghost.

And the veil of the temple was rent in twain from the top to the bottom.

And when the centurion, which stood over against him, saw that he so cried out, and gave up the ghost, he said, Truly this man was the Son of God.”